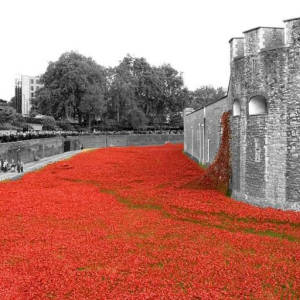 Another Box Ticked At The V & A

Today My darling girl & I descended on London. As usual we made the train take the strain. The train was heaving and as is typical the numerous First Class carriages were barely 20 per cent occupied. Having stood in the corridor for about 15 minutes I decided enough was enough and proceeded to sit in First Class. It was a non issue as no ticket collector was seen but I was ready to fight my corner.

London was brilliant. Started off in Leicester Square with the mandatory visit to M & M World. That was followed by our visit to the Victoria & Albert Museum. There was an Underwear Exhibition and I did toy with the notion of checking out the Rigby & Peller but in the end decided I prefer a live model so we passed on that.

As we were in the neighbourhood we decided to pop into Harrods. I haven't actually been in here since Al Fayed sold it. I do prefer Selfridges. From there we worked our way to Piccadilly for dinner. There was a chance that we could meet up with an old friend but that didn't happen. Nonetheless we had a cracking day.