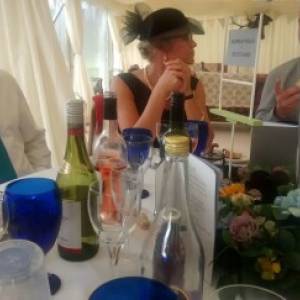 Bi-annual alumni event at the Island Yacht Club on Toronto Island. Fun ferry rides there and back, amazing alumni and the most scrumptuous appies and drinks. We stayed later than planned as we were having such a great time, so ended up cabbing instead of the slow commuter train. 5 a.m. came quickly. We declined the after party at a private club, if we had gone we would never have been able to go to work on Friday! The most beautiful sunset views of the marina and Toronto, and we laughed ourselves silly, it really was magical.