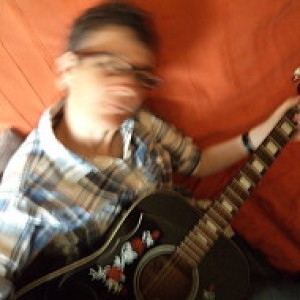 My colleagues and I were chuffed to bits when local musician Bill Ryder-Jones agreed to be the Patron for Liverpool Mental Health Festival this year.

More recently he's focused on an equally highly regarded solo career (I recommend his most recent album, 'West Kirby County Primary'!) and he's just back home from a couple of weeks working in New York following a summer of playing at music festivals including End of the Road.

He's been increasingly open about the fact that he's experienced mental health problems since he was 7 years old, and he's spoken about how these have been both a help and a hindrance in his professional and personal life. All of which makes him very well placed to help us promote what we're trying to do at work. And he's been absolutely brilliant in supporting our festival!

This morning I went over to Bill's hometown of West Kirby to record an interview with him for local TV channel, Bay TV. It's due to air on Monday...

Afterwards we hung around for an hour or so for a coffee and a chat, during which time we covered all manner of topics including Nikola Tesla, Christopher Hitchins, shamanism, reiki, cranio-sacral treatment, Mayan civilisation, the Edinburgh Festival, sociolinguistics, 'male' and 'female' characteristics, cultural norms around gender roles and how the world will never save itself without the complete liberation of women. And crosswords.

Then we strolled down to the marine lake for a few photos, looking across to North Wales on the opposite shore.

As Bill says in the song, "you only hate the things you think you are". And "desperate times call for desperate pleasures."

It was certainly an absolute pleasure (though in no way a desperate one!) to shoot the breeze with him today.

(The extra photo is of the two of us together!)