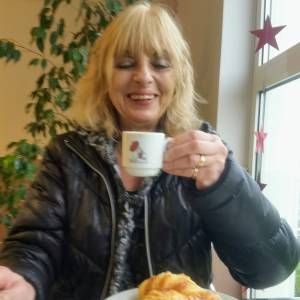 This Georgian waterfall in Swan Street, West Malling, Kent, is known as  The Cascade and is located at St Marys Abbey, a Benedictine Abbey. It incorporates re-used mediaeval  fragments from the Abbey.

The date of 1810 is inscribed above the wall, but JMW Turner made a watercoloyr sketch of this in 1791-2  which proves that it was built much earlier.  Historical research has indicated that it could have been built as early as 1747, and possibly a watering place for people in the parish was on this site as early as 1293.

There are many old, interesting buildings and walls in west malling. Today we went to the Chapel at the Pilsdon, a Christian based community that provides an environment for people in crisis. At the Chapel was the Bazaar Christmas Show (see blip for dec 2015), ethically designed and traded goods from india and nepal.