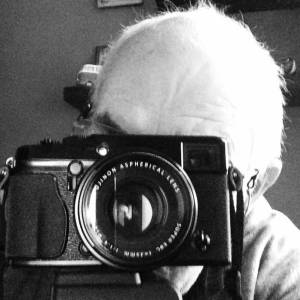 Merry Christmas - missed you all

Wishing all blippers a very Merry Christmas and, to those who have followed me, an overdue apology.
Daily blips were first interrupted by a medical 'relapse' the day after my most recent blip, on 4 June, when the trip to Wales and back in a day which I blipped about didn't do me any good at all. Lesson learned: I can no longer do 'long' driving trips!
I didn't have the perserverance of my friend earthdreamer and other blipping friends so once I got out of the routine of posting every day I found I didn't have the motivation to begin again. Also, after almost 70 years I lost my enthusiasm for photography in general. Even being in a place with, for me, the most photogenic people and places anywhere, Romania, in the summer did not revive my enthusiasm and I left the photography to Petronela.
However, I did miss this wonderful blipfoto community and the urge to join in again became increasingly strong over recent weeks. I know I will never get back into daily posting but some recent decisions perhaps makes settling for a blip from time to time easier and allow me at least to view the blips of those I follow on a more or less daily basis.
I've said before perhaps that I have never taken to digital photography so I've decided to more or less abandon it and settle just on film and, once I have used up any colour film I have, take only black and white. Of course it is just about impossible to do a post on the day every day but two or three a month, backblipped, should be possible. Also, film photography without making prints seems to me pretty pointless so I've revived a project to create 'a darkroom' in the built-in wardrobe in the tiny 2nd bedroom in our small flat. First stage was to move my old 6x9 enlarger from garage to wardrobe (blip). Next stage will be to move it to working height and black out the room.
Initially I will aim to use both 35mm and medium format but once I've used up my current stock of 35mm (which could take a long time unless I decide to sell some) I may concentrate on 120/220. Selling most of my classic cameras is also on the cards.
All this has been made easier by not only deciding to stop posts on the website/blog I created for the village in which I live, the functional aspect of which has been largely taken over by a village Facebook group, but in large measure to abandon Facebook and Twitter, both of which had become not only more and more a waste of time but increasingly irritating. So now I'm reducing to a very small number of well chosen friends and closed groups, like our local writers's club. I have never been much drawn to any of the other social media other than blogging as 'grumpytyke' on Wordpress and recently I've been able to become a bit more active again on this.
Having said that I've decided to get out of 'digital photography', I might occasionally blip a shot from the iPad, as today, and use it more frequently on the grumptyke blog, informative rather than creative.
I hope you all have a wonderful Christmas and 'see you' sometime in the New Year.