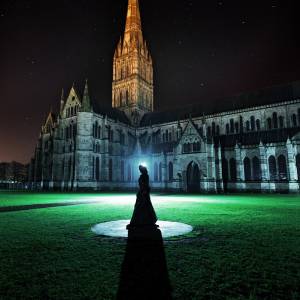 Chapman's Pool and over to Kimmeridge

Fantastic and amazing views and cliffs and serious walking yesterday, from Kingston (three bus changes, 4 hours) down through stunning steep valleys dotted with sheep and lambs, dry stone walls and into the picture you see on the far left.

It then goes right round to a farm way behind me, up a steep slope and onto these amazing cliffs, looking out west over to Kimmeridge, with Swyre Head the high outcrop near distance. (that's another walk on list!)

I then followed round this cliffline, all festooned and bestowed with gorgeous spring flowers and onto St Andhelm's Head, with its little stone chapel and manned lookout for shipping. BUT, to get to the Head, you have to drop from this high ridge down to almost (seemingly) sea level, via must be a hundred stupidly steep steps and then - yes, back up the other side! A real killer, that was - walking is supposed to be good for you - I felt I needed both hip and knee replacements at the time (heavy rucksack didn't help!!)

Once I'd finished at the Head, I then had to crash back to reality and find out a realistic way to get back to the bus. BUT, no mobile signal so couldn't look up the timetables - I would need to get back to either Swanage or Poole by 5pm in order to guarantee bus home back to Salisbury. It was now 3pm. I'd left home at 6.20 a.m.

Visitors with cars can park within about a mile but that's a long way from the main road and so it was back on the Purbeck Way and up through more wooded valleys to a few houses on the road, where I guessed, there might be a bus stop. But there wasn't! So, I had to walk another half mile to a stop, which was literally in the middle of nowhere - but in reality, it was in a safer place for a large double decker to stop as the route it takes also has hairpin bends, single chevroned gradient hills (steeper than 1 in 10).

And when that came, it also doubled up a school bus so I was lucky to get a seat, trussed up with all my gear on my lap. And when trying to leave Poole back to Bournemouth on the connecting shuttle bus (ha! shuttle, that takes 40 mins) two police cars came screeching in in front of us, blocking our exit and five PC's, two plain clothes guys straight out of a Tarantino flick got on the bus, said "Nothing to worry about!" (as if!!!) and then promptly removed one young woman and in open public, with the Tarantino guys standing as if they were Arnie's double - and they "forgot" to move the cars from in front of the bus.....

You couldn't make it up! Another crowded bus - but when you're THAT tired, had SUCH a great day, you don't care! You really don't, until you realise that by the time you finally get home it's nigh on 9 pm.

Toady a much needed haircut and shopping - I've been without milk and Clover spread (or anything similar) for nearly a week!

Entered into Wide Wednesday (thanks Bob!) under 'M' for the Majestic and Mighty view, also May.