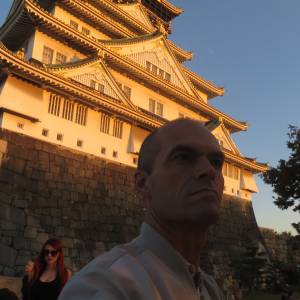 Very soon after Replicas was released, Gary Numan hit it big again with his album The Pleasure Principle. A seminal album which delivered his second number one single, Cars. The second single from The Pleasure Principle was Complex, a beautiful song which reached number six. Pretty good, but I'm sure that if Gary had chosen Metal as the second single, he would have been looking at his third number one single after Are "Friends" Electric? and Cars.

Lucky I have plenty of cyborgs around the house to get today's blip posted before 6.30 am.

We're in the building

Where they make us grow

And I'm frightened by

Is sure to fail

I could crawl around the floor

The sound of metal

I want to be

I could learn to be a man

And turn me on

Oh everything is moving.

I need my treatment

It's tomorrow they send me

Singing 'I am an American'.

If I could make the change

I'd love to pull the wires from the wall

And who are you

And how can I try