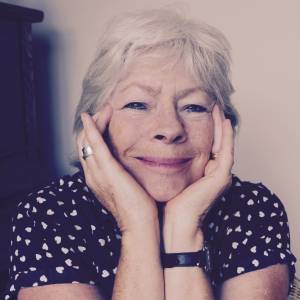 Chris, Jack, Jen and I took George to a children's play this morning.....along with his other grandparents.
Chris and Jack took one look at the crowded playroom and retreated to the cafe!  The rest of us followed a pyjama clad George around amongst sponge play things, shadow puppets, light things etc etc.   A bit overwhelming really.  Then the performance of 'waking up in the morning' and music.  (Apparently the bassist used to play with Squeeze).
Not really George's thing.  He does not like sitting still but some of the kids were loving it.
We were quite pleased when it ended and a bit resentful of Chris and Jack sitting happily having a cup of coffee.

T arrived in the afternoon.  Flipping hero coming up on the train from Cornwall for just one night!  He was very popular with George when he gave him a couple of Thomas the tank engine toys......a talking Toby and Gordon.

The photo shows George's delight at watching a video of Thomas the Tank engine.

Jack made up for this morning's escapism with a really good meal.