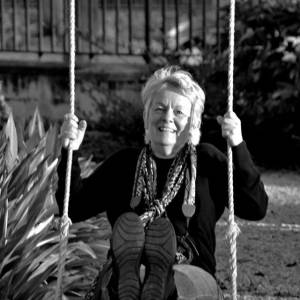 Jerry left yesterday morning for his annual elk hunting vacation in Colorado and for the first time in over 15 years I did not go with him!   I actually missed one year when my Mom was sick and I could not leave her but I have been every time he has hunted out there.  NO, I don't hunt so I spend a good amount of time on my own when he hunts.    This year a hunting buddy is traveling with him which is good for him and for me..I really did not want to go out west for hunting season.   I miss the Colorado aspens as they turn golden but I don't miss the whole hunting rigamarole!     It feels very strange to stay home as it is usually me who leaves him home to take care of the dog while I travel!

Today, Gypsy and I went to Hickory Knob State Park for a hike (and a swim in the lake for her!).   Located on the South Carolina/Georgia state line about an hour and a half from my house, the park is one of two resort parks in our state.   It has a golf course, cabins, motel type rooms and a pool as well as being on Lake Thurmond for boating and fishing. Lake Thurmond is part of the Savannah River dam complex (there are several lakes along the Savannah River but that is another story for another day!)    It is the only park I know of in the state that has a full service restaurant!    I can understand why as the park is miles from any big town so the people there have little choice for food.  There is also a big event center where meetings, parties or weddings can be held.

Another reason I went to the park was to get tickets for a cooking demo to be held next week while my cousin Sheri is here (again!, she likes running away from home in Cleveland, Ohio!).   The demo is being presented by the owner of a restaurant called Grits and Groceries which is located in Belton which is about 2 hours from my house.  We have eaten there several times and the food is excellent.   Heidi, the chef and her hubby were both trained and worked in New Orleans..she owned a high end restaurant and he was a pastry chef for the well known chef, Emeril Lagassee.    So, the chef at the park restaurant is going to prepare a full course meal from their cookbook ( I own this cookbook and have made several recipes)  for the luncheon and Heidi is going to demonstrate two  dishes..an appetizer and a dessert.    One of the desserts is going to be "Twinkie-Misu"...southern style tiramisu.  Twinkies are real food, right!   I can't wait..and Sheri will be surprised as I have not told her about this outing!

At the park I hiked around the lake path and took photos with one wide angle one in particular I was going to use for my blip until I got home.   Having some lunch and something to drink I saw some movement out on the deck   thinking it was a hummingbird still hanging around. I went to the window with the camera and NOT a hummer but a butterfly was drinking out of the hummingbird feeder!  I am so glad I did not take the feeders down yet even though it has been a week or more since I saw a hummer.

When I went out to try to get a closer photo I saw something on the ledge where I had my petunia basket that I moved.   I crept closer so I wouldn't scare the butterfly and there was a Carolina Mantis.  He is in the extras!    Thanks to Deb for naming this critter for me!

All that driving, hiking and photo taking when I should have just waited to see what was in my own backyard!