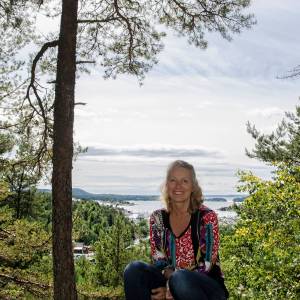 My beloved Oslo - Albertine and her men

Albertine is one of the sculpture on the City Hall walls.  Hiding on the corner is her pimp, and a customer stands beside her.

Albertine is not just sculpture, she is also one of the most famous women's in Norwegian literature. Through the novel Albertine, Christian Krohg described how prostitution took place in the late 1800s and it was written as part of the moral debate. The novel was forbidden shortly after its release.

Albertine was a poor seamstress who got seduced by a policeman and lured into prostitution. Later she got raped by a moral policeman and offended by the police doctor. After the rape she struggle with her self-respect and she has no chance in the prevailing system.

The novel and the confiscation of it started a huge debate and accelerated the abolition of public prostitution.