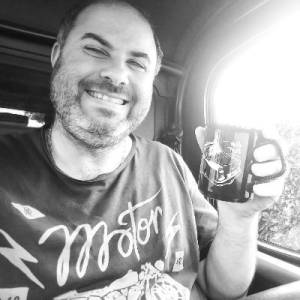 This morning I tootled off in Mega Breadvan to do the weeks shopping. Loaded up the back with 4 large bags of shopping and a 6 pack of water... and then took this photo.

Got in to drive off, then realised, I'd left the headlights on. It was very chilly this morning, so a combination of the cold, lack of use and me leaving the lights on for over 30 mins seemed too much for the battery (Xtra photo).

Though, it took me a while to realise that this was the culprit as everything on the dash lit up... I had never ran the battery flat before. The starter made a noise like a machine gun, when turning the ignition key.

My brother in law Patrick came to the rescue, in his 2000 Ford Focus.... a familiar car, as we used to own it! So with Patrick's help and that of our old car - out came the jump leads.

Mega Breadvan started first time and off I went, to go and unload the shopping. Big thanks to Patrick...

French Lidl have a stuffed toy promo on, where you have to collect a book of stickers for an Asterix toy. So Emma will be pleased as I managed to get the little Dogmatix she wanted.

So, will need to stick the battery on charge in Mega Breadvan. Am also still waiting for some new parts... two new glowplugs and a new switch for the gear lever... Hopefully those will sort out the starting issues (when the battery is charged that is) and the annoying problem of trying to get neutral gear.

NOTE: I am starting to get a small number of comments which I feel aren't appropriate.

I'm on here to make friends and rather hoped that everyone would stick to the Blipfoto "be excellent" motto.

It would be a shame if I had to switch off comments...