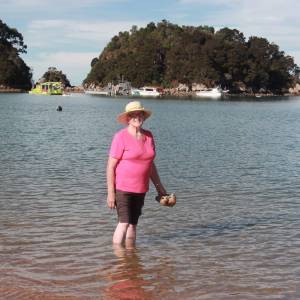 Came home last night after a full day at the Railway absolutely whacked so never got any editing done
Great day in spite of the weather celebrating 50 years of the Railway and Historical society in Pleasant Point. This came to pass after a branch line that went through our village closed in the late 1960's
A group of enthusiasts amid great controversy set it up. It has flourished over the years and is a great tourist attraction. Railway enthusiasts from all around the world visit, well before covid they did and hopefully will again. They had three trains running all day, AB 699 as pictured another steam one which is even older and the vintage railcar which is so cute
I worked all day in the ticket office after which we had a catered for dinner as the night team had to be back on deck by 6.30pm for a special night running of the train which went well.  At the dinner the meat was hot ham truly the most beautiful hot ham i have ever had.
They had a lovely cake beautifully decorated with the train on it and was cut by the two remaining original committee who are still very active in the society as President and secretary
I then just went riding on the train and railcar and taking photos  and came home about 9 pm and fell into bed