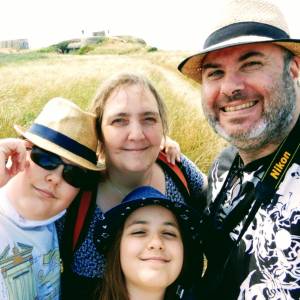 So last night we were sitting there in front of the TV, waiting for 8pm to come, when Macron was due to speak to the nation.

We've been glued to BFMTV (French news channel) off and on for a few days now... with them speculating that we'd have a nationwide lockdown.

So that was what was announced last night by the French President. No 3 tier system as in England, everyone no matter where they are in France will go into lockdown. Lots of people in the least infected regions getting angry and stamping their feet, saying "c'est pas juste"...

Fact is, unlike in the Spring, COVID isnt just affecting the main towns and cities, but is also in the lesser populated areas of France as well. Which wasn't the case during the first lockdown.

In the Summer we all went off to these more rural areas and are now paying the price... in my honest opinion.

So back to having to fill out a form (either on paper or digitally on your mobile) before going out. Only essential journeys. You can exercise near your home, provided you have the form filled out.

People can still go to work. The schools from primary to college will stay open (perhaps not such a good idea to open the colleges).

Only essential shops will stay open.

No possiblity to visit people including family (comes under the non essential journeys). So that means I will have to go back to web cam lessons again. Meaning a loss of students again. Hopefully not as many as the first time round. I have decided to restart on the 9th November. We are coming to the end of the Toussaint (All Saints) school holidays, so people need to get organised this weekend for work and school.
Plus I've about had enough. The last few months I've not been 100% and I think that it'll just be better for everyone to take stock of the situation before I start lessons again. Instead of rushing into things and everyone being stressed out.

So how long will this last? For the moment, until the beginning of December. With a review in 2 weeks. It could go beyond that. Who knows? The case figures are very high at the moment, for the last 24 hours. 36,400... Scary stuff.
England is quite a lot lower than that...

Will leave you with a scene taken early this morning, from over our back garden wall. At least we have the Autumn leaves to cheer us up!