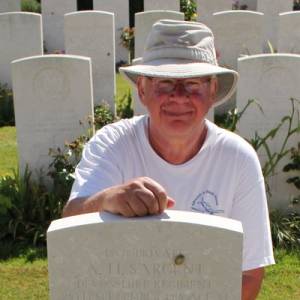 I thought that I might share this somewhat unconventional blip with you to mark the date that somebody, uncovered by some research I have been carrying out on the Great War, tragically died. Captain Sir Robert Filmer was born in 1878 into fabulous wealth but appears to have been non the happier for it.  A baronet at the age of just eight years old, he followed the traditional route of Eton and Sandhurst for sons of the aristocracy before joining the Grenadier Guards. Service in the Empire and the Boer War followed but he left the army in 1904 aged 26. He then stood, unsuccessfully, as the Conservative candidate for Lincoln in the two general elections of 1910.


Unfulfilled and unmarried with unspecified health problems, he re-joined his old regiment in February 1915.  Filmer was awarded the Military Cross for remarkable bravery in organising a highly effective trench raid in December 1915. On January 25th 1916, just two days after he was given his MC medal, Filmer was severely wounded by shrapnel and his horse was killed after he returned to retrieve his pince-nez spectacles at first light having left them behind whilst on duty the previous night. He ignored all advice to not go out into the open in what looks to have been a suicidal act. Filmer clearly was not of sound mind at this point. He died in great pain on January 27th.

There is an interesting postscript to Filmer’s story. His servant, Private Frederick James Lillywhite, had been with him for some years before the war and there was a strong bond between them. When Filmer re-joined the Army in 1915, Fred went with him, having been told by Filmer that if he died, Fred and his family would be provided for to the sum of £1000. Unfortunately, there was nothing to this effect in Filmer’s will. His heir, Arthur Stanley Wilson, Filmer's brother-in-law, did help Fred to start a grocer’s business after the war but the business failed. In the mid- 1920s Fred was bound over to keep the peace twice following two incidents in which he threatened Wilson with a revolver and he also sent Wilson a letter threatening to burn the family mansion down if he did not honour the promise Fred claimed that Filmer had made to him before he died.

This is a photo of a newspaper cutting from the time and is copyright free!