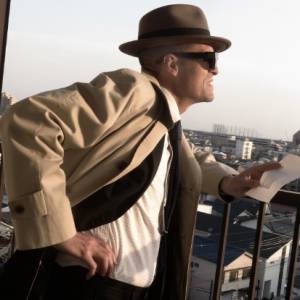 On This Day In History
1954: Polio vaccine trials begin

Quote Of The Day
(On being asked who owns the patent to the polio vaccine.) "Well, the people, I would say. There is no patent. Can you patent the sun?"
(Jonas Salk)

We could do with more of Mr. Salk's selfless attitude today.

One of the coolest characters to come out of Lucasfilm's Expanded Universe was Timothy Zahn's Grand Admiral Thrawn, who first appeared in the Heir To The Empire, the first book of the Thrawn Trilogy. I was delighted to see, therefore, that Disney have wisely decided to retain Thrawn within their Star Wars canon. Timothy Zahn's latest novel in the Thrawn series is Treason, and it's a corker. Thrilled to see Director Krennic from Rogue One playing a significant role, as well as Grand Moff Tarkin.