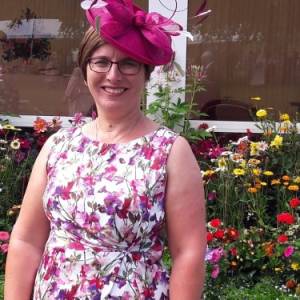 After a delicious stack of pancakes for breakfast at Cobbles and Clay we had a browse in the quirky shops on Haworth's main street. Having looked at blip, in particular Jeanneb53's journal, at things to do nearby we decided to do some of The Railway Children walk. Part of this walk is impossible to do now as one of the bridges over the river has been removed, controversially it would seem, but several helpful locals kept us right. Just as we walked down to Oakworth station a steam train came in but we didn't make it down the hill in time for a photo! The station where the The Railway Children was filmed looks great and was very well looked after.
It was a long walk back up the hill as we are staying right at the top so we have chilled out for a while but are now heading out for something to eat.