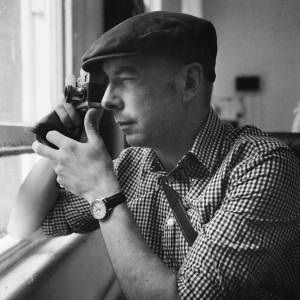 This evening after work I decided to take Blipbear and his friend Kiwi on an expadition over Ilkley moor. I put my Yak-Trax on my boots and we took the scenic route up to basecamp ( white wells cafe ) where we stopped for supplies ( an orange kit-kat ) before heading onwards and upwards.

Although there has been no fresh snow today, the snow that fell yesterday is blowing around on the moor creating deep drifts up to waist hight over some of the paths. We waded through the snow with steady progress and stopped for a break at the pine woods halfway up the moor so that Blipbear could do what Blipbears do in the woods.

Once we had passed the relative shelter of the path along the side of the woods, the biting wind began to hit hard and the path in front of me was burried under drifting snow with no footprints in sight. Most of the rest of the expidition was knee deep snow and slow progress and snow blasting my eyes. We eventually made it to the cairn on top of the moor and hunckerd down for a celabatory Kit-Kat before taking this photo. I also took a short video of the snow being blown around.

After 5 minutes at the cairn we returned back down and in that short time the knee deep tracks that I had left had already been covered by snow. We eventually made it back to basecamp just as the sun was setting. It was a very enjoyable mini expedition, but kiwi was very glad to get back to my house as he had gone up on Ilkley moor Baht 'at