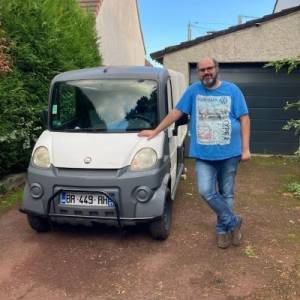 Better late than never. A week on, we finally celebrated my birthday with Coco & Manu. Rémy had mocks last week, so needed last weekend to revise.
I decided I didn't want large gatherings, unlike Boris. So a small thing was done last night. With raclette, charcuterie and boiled spuds followed by cake.
Perhaps we'll do another small celebration with our neighbours.
As for the in-laws, we've decided to do a celebration of 3 birthdays at the beginning of March. Thumpah's, mine and our sister in laws. It would have been Thumpah's Dad celebrating his too. Would have been his 90th.