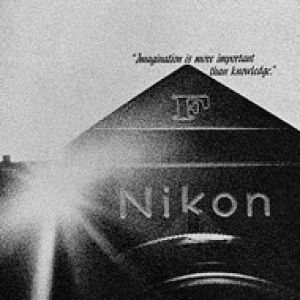 My Names Not Susan!

Well! I must confess, I'm feeling a little bit guilty right now having just paid twenty quid for this timeless classic. Normally I would barter for a better deal, but on this occasion I was more than happy to pay the asking price!

What we have here is the legendary Nikon F2 Photomic (DP-1 finder), which was launched at the Japan Camera Show in September 1971, attracting over 260,000 visitors.

The F2 was the first camera ever to incorporate a 1/2000th second shutter speed and was also the very last camera to be hand assembled - all 1,506 components!

This was the very same year that Lord Lucan disappeared after the murder of his children's nanny and when 21 innocent people lost their life's in the Birmingham pub bombings at the hands of the IRA.

Rumour has it that the alloy chassis of the F2 were made from precious metals secretly extracted from core of a meteorite that landed in the Pacific Ocean, near Sarushima, in Tokyo Bay.

Nikon had perfected its manufacturing process to such a fine degree that they were able to produce 816,000 F2's before supplies ran out!

My Names Not Susan, but thanks for stopping by . . .