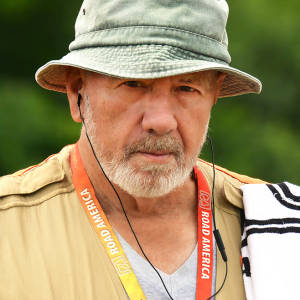 It's Mono Monday and the theme is "Humor." We're to think of a humorous story or joke or rhyme and match the photo to it.
~
I like Limericks.........and thought of this old one:

There was a young girl from Alsace,
Who had the most beautiful ass,
But it was not pink as you probably think,
But was gray, had long ears and ate grass.

~
The intent was to photograph a donkey which would have been a most perfect fit for the challenge.  There's plenty of cows to photograph around here but no donkeys. NUTS! I even went to the zoo in Milwaukee...Highland cattle, Holstein cattle, Brown Swiss cattle.....no donkeys.
~
But they do have the Raptory Theater where birds of prey are free flown over the heads of the audience many of whom only get to see such magnificent creatures in photographs or on TV.
~
This is a Bald Eagle (Haliaeetus leucocephalus).....our National Symbol and one of the free-flown birds that fly from one trainer to another each of whom has some meat on their leather glove as a reward.
~
They like me at the zoo as I always show up with a big lens and, after the show, they like me to bring the camera close to "new" birds so they get to see it and realize it's nothing to fear.  I made this shot right after he left the trainers glove and came flying right at me.
~
This is nothing new to me....back in the 60s, as a college student, I helped to band eagles along the Mississloppy River during the height of the DDT controversy. My job was to rappel down the bluffs to nest sites, place any chicks in a bag which would be hoisted up to the top where my partner could do measurements, take blood samples and band the chicks which would then be returned to me and I would put them back into the nest.
~
Mother didn't like that I was messing around with her brood and she would be fiercely protective and come right at me while I was doing my work.  Six to seven feet of wing span and long talons coming right at your head will definitely get your attention.
~
Unfortunately, I couldn't think of a humorous story to go with the photo. C'est la vie!