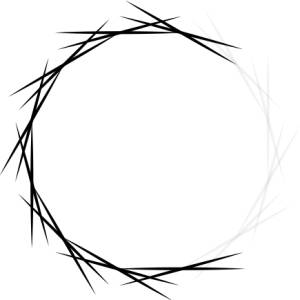 A Matter Of Taste

There are some nights I hold on to every note I ever wrote.
Some nights I say f*** it all and stare at the calendar.
Waiting for catastrophes, imagining they'd scare me,
into changing whatever it is I'm changing into.
...
[Some nights I stay up and work in Grid taking breaks to sleep, smoke and take photos.]
...
But usually, I'm just trying to get some sleep...
Someeee Nigghtttsssss!

I am so happy this came up for Musical May. Especially the intro rather than the song. The song itself is great. As is the whole damn album - favs include Carry On, It Gets Better and All Alright and every other song actually..

Oh wait this is today...not yesterday. So... I haven't got much to talk about yet. Except I've done some Heidegger after my nap, in which perhaps a couple of different people took photos of me! Which I'm surprisingly unbothered by :). The issue with the fort will soon be resolved I believe, at present I think almost everyone has left, so I can reclaim it! (And rearrange 'cause let's face it, we don't need that big an area anymore...)

This is what I wrote earlier though:

'I thought to myself this morning, at about 6 minutes to 3: 'I may be connected to some of these people by a couple of degrees of separation, but still... I feel quietly determined to dislodge this new power group that has set itself up along the whole North-West corner of the Grid.'
If just because - they are here, right now, at this hour, neither working nor sleeping. Ladies and Gentlemen... That S**t Cray.'

I should probably talk about the photo! I uhm, this is my second favourite selfie, I think the only thing I dislike about this is that I moved my hand, so it's ghost-like in two positions. Decided at the last second to go with hood-up. Wayyy more dramatic.

Oh information wise (too often I write these blips assuming you know me and where things are and so on) so this is the main entrance for University House on Warwick Uni campus. While wandering around recently I realised the Vice Chancellor and other important people have their offices here. So now I'm looking at the Jag on the right and wondering whose it is... It's an interesting building, I like that the learning grid is here and it's not merely administrative..because it's so damn nice, in my opinion.