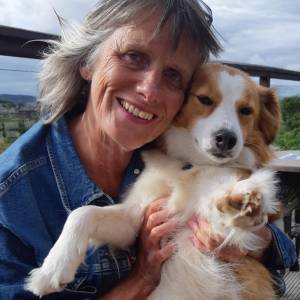 So here I am with T-REX.

T-REX is a ‘little pink dinosaur’ that is going to be living with me for the next week. Apparently I’ve got to take him out & about with me and be blipped with him???

Anyway T-REX has a very important job to do and he is travelling the world to do it. Please look at the link above.

The 'T-Rex Planet Tour Cancer Awareness Project' was started in Los Angeles on 9th March 2013 and since then T-Rex has been to a lot of places worldwide.

The aim of the project is to get people together, to create cancer awareness through photography.

One person keeps T-Rex for a week and takes photos of him. The photos are then posted on social media sites – BLIP, Instagram, Twitter, FB, Tumblr, Flicker; wherever you want.

Volunteers are needed now for the next stage of his voyage. You don’t have to be a BLIPPER so please contact us if you’d like him to come and stay with you for a week.

At this stage we’re not sure where his stay with us will take us. We might share our experiences of cancer with BLIPLAND, we might just take him out and about on my walks. We’re not sure yet.