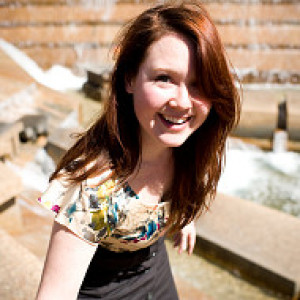 Since I'm backblipping, my favorite quote of the night came from a middle-aged guy who, when I asked him how much alcohol he drinks on the regular, responded with "I'm allergic to alcohol; I break out in handcuffs."

I made him repeat it several times and laughed and wrote it down. I think I may have put it in his chart. That guy's got a sense of humor about him. I appreciated it. The psych ER was way more entertaining than I had thought it was going to be. But there are a lot of substance abuse issues. 15 yr old girls coming in addicted to meth (ice), cocaine, heroin.. Uhh... WHERE DO YOU GET THE MONEY TO PAY FOR THESE DRUGS, LITTLE GIRL? I don't want to know. But I have to ask. And ask I did. And document I did.

I end up going home from my shift so thankful I've never had an addiction to drugs. I don't feel things crawling on my arms and legs that aren't really there. I'm thankful for my own brand of crazy that I'm attempting to deal with day in and day out. It doesn't make me feel better than anyone that's in the psych ER. It makes me want to talk to them and help them see any sort of light in that deep, dark tunnel they're in. I didn't think I would enjoy working in psych as much as I did.

On the last day of my rotation (10.16), a former cocaine addict and currently suicidal man asked me how I liked working in psych and if it made me feel better about myself when I went home each day/night. I told him I didn't judge anyone for what they did, they saw, or they heard in their heads. But it's easier for me to provide a little bit of encouragement in the midst of their struggles because I'm a distant (sometimes wise, sometimes not) observer. I can see hope where they can't. And sometimes, that's just the reminder that people need. I'm not saying that I've been saving people's lives here by talking to them, but being nice to people who are sad doesn't hurt anyone. And I really like being nice to people.

I just wish I could remember all the psych drugs and their indications. They're confusing to me. I think I failed my shelf exam. #truestory