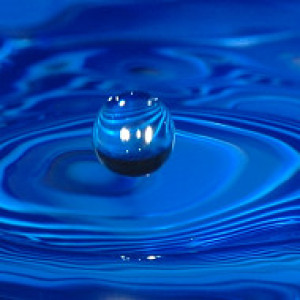 Towards the end of his life, Alfred Russel Wallace, co-discoverer of the theory of evolution by natural selection with Charles Darwin, was one of the most famous scientists in the world, and was a household name. When he died, exactly 100 years ago today, plans were soon underway to produce a statue of him for the natural history museum, but within only a few months this scheme was scuppered by the onset of the First World War. Over the decades, Darwin has come to overshadow Wallace ever more completely. There are hundreds of Darwin statues and busts, but not a single one of his friend and contemporary.

Today, he was finally immortalized in the unveiling, by David Attenborough, of a superb bronze statue in the Darwin Centre at the Natural History Museum. It was a long awaited and fitting tribute to one of the greatest scientific figures in history. The statue was commissioned by the Wallace100 project which organised a year of events to commemorate his death, but also to remind people of his life and work. Cast in bronze, and at a cost of £50,000 it depicts Wallace as he was while collecting in the rainforests of what he called the Malay Archipelago (Singapore, Malaysia and Indonesia). He spent almost 8 years there between March 1854 and April 1862, travelling and collecting birds, beetles, moths and butterflies, and it was there that he discovered natural selection.

Wallace is an adventurer-hero of mine, so much so that in 2010 I described and named a species of seashell after him (Cryptospira wallacei). It was a great honour to be there to see the statue unveiled and to hear excellent speeches by David Attenborough, Bill Bailey, and on behalf of Wallace’s family, his great grandson Richard. George Beccaloni, curator of Coleoptera at the museum, deserves great credit for being the principal driving force behind the project.

Here is the moment!