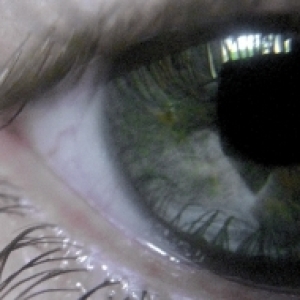 A Pinhole Sky Explodes Out of Red Chaos


We now return you to your regularly scheduled program....


After a couple of days of webcamming, I'm a bit behind on the assignment, so I thought perhaps I should triple up.

But in trying to think of something to illustrate one of our many journal names here, I was reminded off the creation myth of the Atalanchee Indians - the Native Americans who once called this patch of ground where I now type home.

In the beginning, the story goes, the world was vast and empty.

Only a Red Chaos floated through the vast expanses.

This chaos spirit was captured by the evil goat god, C'amer As-hy, who locked the spirit away in the Sixth Land and tormented it a day, everyday - purely for his own pleasure.

But one day Mrs. Evil Goat, Queen C'hi C'kfli C'k, was in the sixth land, and wandered by the Bill Door which held the chaos hostage.

Pausing to inspect it, she realized something smelled like cotton candy, even as she heard the chaos inside, crying no tiny tears.

"See through my eyes!" the miserable chaos begged. "See my point of view."

And the queen looked into the chaos, seeing the doom and gloom of its life through the lens of the suffering it had endured at the hands of the king, and was moved, and took pity.

Unable to undo the enchantment of the Bill Door, she pushed a pinhole into the chaos and planted a seed of hope.

The seed grew into a sky, and as the pinhole sky exploded out, it changed the red chaos into the first treegonk, the archangel W'in G'pi'g - most ancient of the ancient ones, and the father of all fathers.


P.S. - by way of explaining the photo - it's a glass paperweight I have, with a little bit of cloud photoshopped in. I've been staring at it all night, and it looks like some CGI thing to me at this point, but I assure you it is indeed an actual photograph.