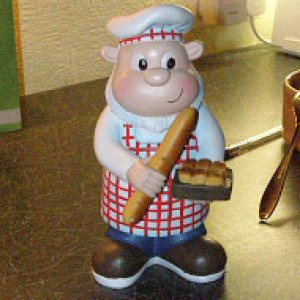 Our first stop was on Gran Canaria. As we walked around the old town, we came across a museum devoted to Christopher Colombus.

Anyway, in one room, we came across these old friends - top two photographs. I say 'old friends' because I first met them in 1968, the church of San Pedro Claver in Cartagena, Colombia (bottom right). In 2009, Mrs jml and I had gone on a cruise to the Caribbean. In San Pedro, we found the parrots still there (bottom left). They can apparently, live for 50-70 years, so it is at least possible that it might even be the same one!