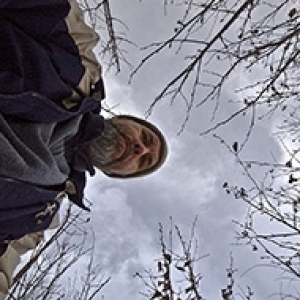 We attended a nice Easter gathering at the home of the CEO of our hospital. They had a great spread which included beef brisket, spiral cut ham, broiled salmon, and some great side dishes. Our host wife is a bit of a southern belle and she announced that the men should serve themselves first. At that instant, my wife noticed a look of disbelief and wonderment on my face that would have been no different if I had witnessed a live magical unicorn. The food was great.

While the ladies were cleaning up, the menfolk had a little target shooting practice in the back yard. Although you would think firing handguns would be enough to put us in the Easter spirit, we finished off the evening watching the Coen brothers film, No Country for Old Men, on our host's massive high def projection home theater with BluRay. That Anton Chigurh character was one spooky dude.

By the time I got back home, there was less than an hour left before my camera turned into a pumpkin. Since the gun had to be cleaned, I made it my blip. This is a Ruger 44 Magnum "Alaskan". It's designed to be easily carried with a chest or side holster such that you could let a bear have it in a close quarters attack. The hope is that you would mortally wound the bear so he won't be able to chase the rest of your family after he eats you. Since the barrel is only 2 1/2" long, it has an impressive mussel flash. I can still shoot a 3" grouping at 10 yards.