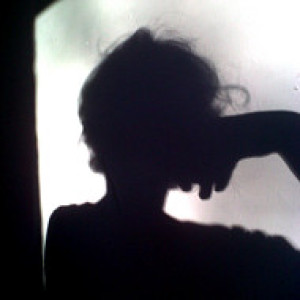 Me and Betty discovered this Purple Thing on our walk today. The walk was dominated by thoughts about David Foster Wallace.

This morning I finished reading his unfinished novel The Pale King. David Foster Wallace was a US writer wo committed suicide in 2008. When I finished it I cried, because it was so good, and because there will be no more. Its a novel about the IRS set in 1985 and is about work, boredom, and paying attention. Doesn't sound tempting I know, but its both very funny and also very profound. He manages to write in a way that is both hilarious and humane.

I first got into David foster Wallace when I was studying English Literature back in my twenties in the early 90s. I read one of his short stories in an anthology then found more, then moved on to his non fiction and then his giant novel Infinite Jest. Looking back, I probably started liking him because I thought he was one of those cool, clever writers who was doing metafiction and all manner of fancy and clever things with his prose. Which he was. But without soul, technique is just technique.

DFW wrote with astonishing virtuosity, about both the prosaic and the big philosophical things in life, with both huge compassion and huge humour. He seemed to me to be a writer whose humanity and generosity of spirit shone through everything he wrote. This is an excerpt from an address called 'This is Water" he gave to some college students which gives a flavour of his philosophy

"if you've really learned how to think, how to pay attention, then you will know you have other options. It will be within your power to experience a crowded, loud, slow, consumer-hell-type situation as not only meaningful but sacred, on fire with the same force that lit the stars - compassion, love, the sub-surface unity of all things. Not that that mystical stuff's necessarily true: the only thing that's capital-T True is that you get to decide how you're going to try to see it. You get to consciously decide what has meaning and what doesn't"

(for the full speech, visit here)

When I found out he committed suicide in 2008 I was completely shocked and gutted. For ages I couldn't work out why. I hadn't read any of his stuff since the student days and had pretty much forgotten about him. Why did I find myself brooding about and caring so much about the suicide of a writer who I hadn't read for years and didn't know?
Last year in an attempt to try and understand my response, I made a personal zine inspired by The is Water charting my own attempts at trying to pay attention.

Now that I have just finished The Pale King, it strikes me as amazing that DFW, someone who suffered from severe, life-long depression, which led him to take his own life, was able to write so compassionately and generously about his fellow human beings.

I think what bothers me is a larger question about the co-existence of despair and awareness and compassion:
How being alive to the 'sacred, on fire with the same force that lit the stars... sub-surface unity of all things" can't protect David Foster Wallace, someone, anyone from a despair so bad it makes you end your life.
There is no answer to that one.

RIP, DFW and thanks.