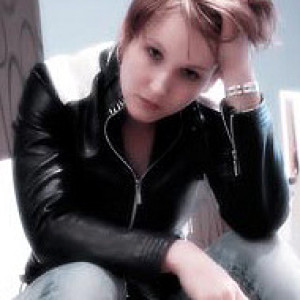 I got caught blipping

What I actually wanted to get out of this day was a picnic in the park. That didn't happen.
First there were errands, then there were commitments and then I got caught up in work. Feeling guilty about not getting much done yesterday, I chained myself to the easel. (figuratively speaking, of course)

The summer weather was mocking my efforts to be disciplined. I felt trapped inside, so the blinds were up and the windows were opened.
The light outside kept changing , which was utterly annoying since I had a camera set up to record a time lapse sequence. Finally the walls came closing in on me and I said to myself 'It's summer. It's a Friday afternoon. Get out of your dirty overalls, go outside and catch the last few sunrays of the day!'

There's really no point in arguing with your inner voice, so I turned myself into a human. I even broke out some girly action, putting on a skirt and earrings.
I went to a nearby café where a friend had secured one of the two tables that still had some sunshine. I had company, I had wine and I started to feel like a normal person - good enough to decide that I would blip.

I circled my wine glass and found an angle at which the sun caused interesting reflections. Naturally the clouds were drifting in front of the sun as soon as I lifted my camera. The light was disappearing and nothing around me seemed blip-worthy.
'Cobblestones,' I thought. 'there's always something to be found in cobblestones.' So I tried to find the photo that was hiding somewhere in the cracks of the street, forgetting all about my previous goal to be a normal person.

In the end I decided that none of the pictures I had taken was as entertaning as the one my friend had taken. So here's me, hunting for todays blip...