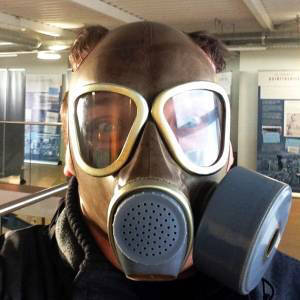 Having to work over the weekend to look after the mosquito and midge larvae and found this wee fellow giving me a warning as I walked down the corridor to the lab.

For those who dont know this insect is it Ocypus olens which is more commonly known as the devil's coach-horse beetle (and several similar names). It mimics a scorpion with its stance and the primal bit of the brain kicks in before you know and you move away. It it not just a mimic though and has a decent set of jaws which would cause a nip and they can also secrete a nasty smell from glands in its abdomen.

Thankfully my skills safely trapped it in a beaker without a bite nor release of secretions and I was able remove it from the baron wastelands of the corridor to take it outside and leave it next to the bushes which has thick leaf litter which will be ideal for it. Nicely it waited a few seconds and gave me another warning for this blip.