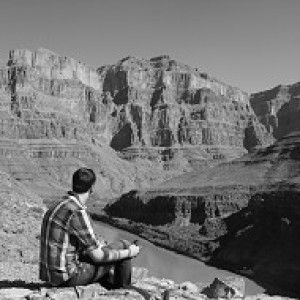 Feeling much better today, so I headed out for some fresh air.

It's the furthest I've been for a few days, even if it was just along to Tesco Express at a snail's pace! Also went to the pharmacy to get something for my throat - Tyrozet lozenges seem to have done the trick. Although now my tongue is numb - just have to be careful with hot food!

Certainly much cooler outside now - I've seen some Blips showing snow on high ground further North (if I skied I'm sure I'd be thrilled!)

The photo is of Leopold Place - on the corner of Elm Row/London Road/Leith Walk.

There's something quite ornate about buildings of this period in Edinburgh. I like the columns on the building - rather fancy, n'est-ce pas? Although large flats in town are more likely nowadays to be multiple occupancy student flats rather than the family residence of a member of the Edinbourgeoise...

You'll notice there's a window blocked up on the top floor, second in from the left. My latest self-assigned photoshop task (learning curve/personal development) will be to add this in by magic, making it look symmetrical.

Can't do much about the roadworks, however...

Random Fact - Opposite from here (just down the road) is where I made my Google Streetview debut!