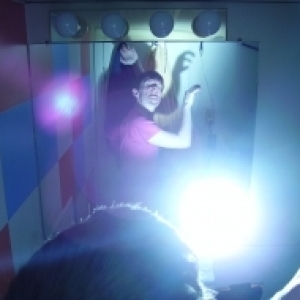 by horse the band

imdb really dropped the ball.
posting a june 27 death on july 5? really??
ive fallen out of comics in the past few years,
and dont look for news outside of imdb (homepage) too often.
its strange to think about how many legends i'll see die in my lifetime.

michael turner was my favorite name in comics. period.
this is mainly from having met him.
i dont mean he was a close friend,
or that he would have remembered me,
but i did have the chance to talk to him a couple of times.
just absolutely awe-inspiring.
one of the nicest people id met in my life.
absolutely no ego at all,
despite being one of the biggest names in the industry.
he was just happy. humble. positive.
i went to a forum that he led,
and it felt like you were just listening to a close friend talk
about what he was working on. laughing. telling jokes.

he did anything he set his mind to.
he was the US barefoot waterskier national champion at age 12.
he taught choy li fut kung fu.
he was a professional beach volleyball player.
he was a fully certified scuba diver.
he was a semester away from getting a biology undergrad degree
(on his way to becoming a doctor), but dropped out to be a ski bum.

the notoriously hard to break into comic industry?
the guy self taught himself how to draw
and was hired in THREE MONTHS.
anything he worked on turned to gold,
and it was mind boggling to watch how fast his talent grew.
he started his own comic publishing company in 2003.

he died from cancer at age 37.
he had been fighting it for almost a decade,
so the news came as no surprise, but still sad.
this is a pic from one of the times i was around him.
he's excitedly showing a co-worker something of his that i found
(and had probably forgotten about) before he signed it.

*a year ago today*
a view of the hospital i was born in.
...ironic?