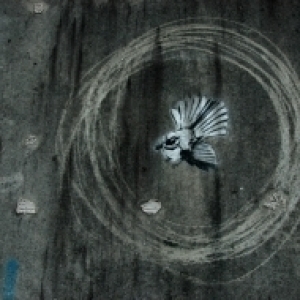 bad day, worse for some

We had a great time away at Pukawa with great friends A, C, M, B, C + J for New Years. Coming home Lizi got a call from C saying they were a few cars from and accident about 10 minutes ahead of us and that people were desperately looking for doctors. We drove up past the queue of hundreds of holidayers cars stopped because of the accident - lights on, hazards flashing, but making careful progress because people were pulling out of the queue to turn around. When we finally got to the crash scene Lizi got out to see if she could help and was quickly ushered in by the ambulance staff. She hadn't been sure she would be wanted but ended up being able to put lines in and help administer drugs that the first responders couldn't.

One person did not survive, another was flown to Palmerston North hospital with life threatening injuries and another was to be put in to an ambulance. I'm not sure at this stage whether he survived or not.

It was a beautiful sunny day. The road was straight. Visibility was great. By all accounts, someone slumped over at the wheel and drifted into oncoming traffic.

We were left pretty shaken. For me it was very hard to stand there and watch my lovely wife make her way in amongst the wreckage and ambulance and fire crews, knowing that what she would see I could not face seeing, let alone be of any help.

A, C, M and B who were all heading in the same direction as us all took the detour around the crash site and then waited for us in Bulls. We caught up eventually, debriefed over coffee and remembered how lucky we were. Minute changes in timing and any one of our cars could have been in that crash. None of us would have faired much better.

It took a while for the edginess to wear off but we were reasonably calm when we picked up the dogs from the kennel in Paraparaumu. We barely even reacted when the kennel owner told us she had been feeding Finn's very expensive exclusion diet to Storm instead of Finn, let alone a bunch of other details she had lied about/misrepresented...

A walk at the beach helped but when we arrived home, small details had changed. Curtains we had left open were shut, a bean bag from the deck had disgorged it's contents on the back lawn, the back door was unlocked, the drawers and cupboards were all open and emptied, the computer was missing... You get the picture.

Turns out Friday night, only hours after we had left someone had been through and burgled our home. Computer gone but back up drive hidden in cupboard still there. Watches, headphones, iPods, blankets, sunglasses stolen... Old film camera gear left, rest of it I had with me.

Worst of all, one of our cats, Piper is missing. I'm hoping she will turn up tonight.

Apart from her it was only stuff, but it just bends my mind that someone can hate people so much that they can do this sort of thing to them. How do you get to be so twisted?

We're still alive, and in the morning I will start into the process of insurance, new locks and maybe, for the first time, an alarm.

I'll also begin researching new cars - something that will give better odds of surviving a head on collision at 100kph.

Do me a favour and spend a little extra time appreciating the good things you have today ok?