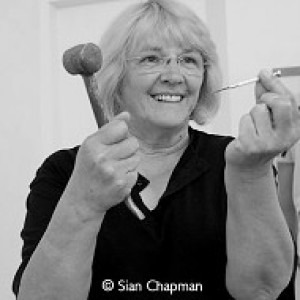 Don't Stand in my Light

This fully functioning windmill is just five minutes' walk from where I live, a great place to go and have a cream tea in the summer, picnicking on the grassy slopes.

The History
The Mill was built shortly after 1807 by the father of 19th-century mathematical physicist George Green, whose name was also George Green. It is located on the site of a previous post mill and there were at least two other mills on Windmill Lane in Sneinton. In 1829 the elder Green died and his son inherited the mill and operated it until his death in 1841.
The mill was still in use until the 1860s, after which it was abandoned and gradually fell into disrepair. In 1923 a copper cap was fitted at the top to make the building watertight and this survived until a fire destroyed it in 1947.
The mill was derelict until it was acquired by Nottingham City Council in 1979. Funds were raised and it was renovated by Thompson's, millwrights of Alford, Lincolnshire in 1984 - 86. It was reopened on 2 December 1986 and is now part of a science centre which is open to the public.