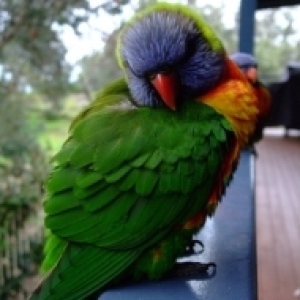 The Life of Penguin Five

Damsel on the reef

There are more than 350 species of damselfish and they are one of the few reef fish families found on coral reefs all over the world. Damselfishes were among the first fishes described by Swedish taxonomist Carl Linnaeus in 1758.

Linnaeus completed the unfinished manuscript on the classification of fish that was left to him by his friend Peter Artedi. Artedi and Linnaeus had decided that should one of them die, the survivor would finish the other's work. Artedi drowned in one of the canals of Amsterdam in 1735.

This is our Bluefin Damselfish. It now has a white body with a bright yellow back and blue pectoral fins. As it matures, this damsel will become totally black.