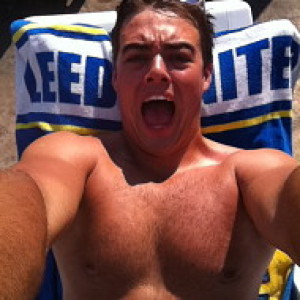 And so the filming begins...

As part of a Sports Media project at Uni, we have to make a short, 5 minute, documentary on a contemporary issue within the field of sport.

My groups put two and two together and has decided to look at 'Controversial Advertising'. Should bookies, alcohol companies and fast food chains, be able to sponsor sporting events, such as the FA Cup, the World Cup and The Olympics, when there's already restrictions in place to prevent the advertisement of tobacco?

So yeah, look out for me in years to come, in the closing credits, listed as a director of the next big thing!