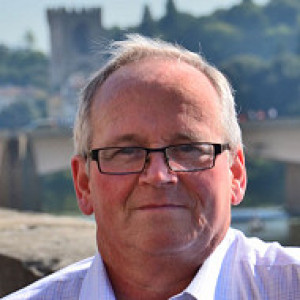 The Photograph: taken with my Nikon D5100. Grey area: Given digital technology, does a photograph taken ever cease to be just that?

Let me explain. This for me is a dilemma. In the old days of film one spent time setting up to take a photograph. Of course many people simply pointed the camera at their subjest and pressed the shutter release. We all know the term 'point and shoot'.
However for some there was always far more to taking a picture. You planned a shoot. You decided on the vantage point; loaded the correct film: set the camera of a particular type on the tripod; fitted the filters and lens that you deemed best; you made every preparation possible; finally you waited for that perfect light before exposing the film.
But that was not the end of the project. Then comes the developing of the film and the printing with many adjustments made along the way. Finally you have that perfect photograph. Well perfect in the eye of the beholder and hopefully in the eyes of your public.

Today we have digital cameras without film. We still have those filters and similar cameras. We have all the paraphernalia that accompanies us on a photoshoot. But now we have digital technology to allow us to adjust and improve an image.
So how much is legitamate to improve or enhance a photograph and when does it or does it ever cease to be a photograph and become merely a piece of art?

I ask this question because the image I am uploading today, many may say, 'Oh, that's been Topazed', others may look at it and just say 'That is fanastic, how on earth did to capture that?'
I can adjust the image in a multitude of ways using the technology to be found in photoshop. I can remove or add things to a photograph, I can increase or decrease the size of subjects, oh yes I can alter an image in so many ways. But is it still a 'photograph'?

Today's subject is of two people on a beach digging for shellfish. Beyond them is a geological feature on the Isle of Skye called the Quirang. Yes I did work upon the image, I often do. I have my limits but they may not be your limits. So, yes, this has been digitally enhanced.

The real question I suppose is, 'Does it appeal to you?', 'Do you like it?' I know I like it. It is also a record of something I did or saw today. So it fulfills the Blipfoto idea.