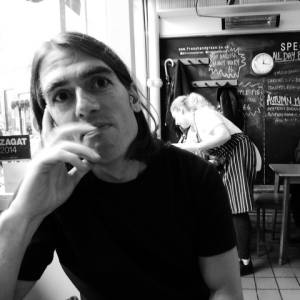 I like the lettering on this, very graffiti-esque, no idea who did the design though. In fact Chu and Teck did a cool commission for this drink, check it out here.

As a drink it's like a cross between Red Bull and Um Bongo. It's also in a large can. I could only manage about half of it.

Love the can design, although it featured the most pretentious thing I've ever seen on a soft drink - a few lines from Lines composed a few miles above Tintern Abbey on revisiting the banks of the Wye during a tour, July 13, 1798 by Wordsworth.