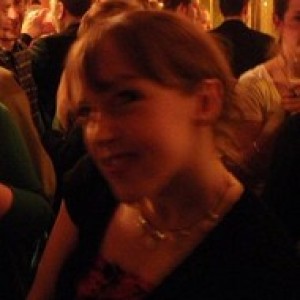 First evening back on St Kilda

Today we travelled from Leverburgh on Harris to St Kilda on the Orca II, which was a seriously pleasant ride given that the sea was pretty choppy. It was nice to see Jill, the woman who runs the field project, and all the guys from the radar station again.

This picture is a view of the Street at dusk. Given that the main island, Hirta, has hills reaching up to 1300 feet on an island that barely covers 6.5 hectares, quite often clouds seem to hit the peaks and descend down into the village.

Despite being a tiny dot in the Atlantic about 41 miles west of the Outer Hebrides, St Kilda has been inhabited since Viking times. I think these houses were built in the 1860s, but gradually fell into disrepair after the the islanders asked to be evacuated in 1930. There are no longer any permanent residents on the island; the only people who spent significant time on the island are the National Trust Wardens, members of the Soay sheep project, some PhD students looking at Storm Petrels and Skuas and the employees of a massive radar station, a remnant of St Kilda serving as a military outpost since WW2.

Some of the cottages in the picture have since been renovated by the National Trust of Scotland, and it is here that we are living for the next fortnight.