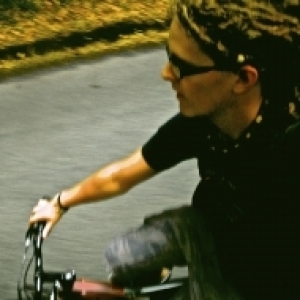 Frank knows that if he asks Courtney to open the door she needs a cuddle first.

I did it. I bought the 35mm prime lens. I felt like it was a bit extravagant getting it a mere week after the camera but I knew I wanted it at some point and I may as well get the most of use out of it. I don't regret it at all! It's great, and takes very different photos from the 18-55mm kit lens. It goes down to an f stop of 1.8, giving this lovely depth of field.

I took a load of photos today but this had the most character.

In the morning played some more golf with my dad (just can't keep away), followed by a typically awesome Sunday lunch from my mum then just reading my book (Game of Thrones) while Courtney worked in my room.

Also, today marks my year anniversary to my last blip for almost 11 months. Let's hope I don't let it slip that bad again!