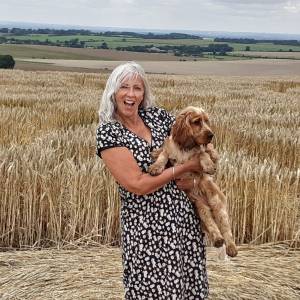 "The village was evacuated in November 1943 to facilitate training of American troops for the D-Day landings. The village has remained in military occupation ever since."


I have been aware of Imber for many years having known local families that originated from the village that have often talked about reclaiming their "homes".


There are no signposts and it is not found on the Sat Nav so I was surprised that Imber was just 25 minutes away. It was very isolated and I don't think I realised how big Salisbury Plain is.


The Church of St.Giles remains and had some new graves (2012). Most of the original village is gone. The Manor House remains (Imber Court) some farm buildings (Seagram Farnhouse) and the pub. There were a couple of terraces built in the 1930s with outdoor loos.


Then, there was the purpose built housing Estate for Military exercise. It was fascinating but melancholy at the same time.