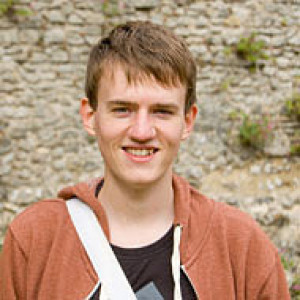 First of all, mad thanks to everyone for the stars, favourites and everything on yesterday’s blip, that was totally unexpected!! That’s the most appreciation any photo of mine has had in a while, possibly ever. I actually made it onto page 7 of the “popular” feed - not that I really want to be on there (so cool and not bothered that’s me) but yeah…!

A happy combination of colour and light contrast at the local Anglican church this morning - I might have “emphasised” said contrast a bit in post! One of those blips that was rather dropped in my lap (God’s provision I would say, just felt drawn to this window!), all I had other than this were some fairly poor closeups from my rather hasty walk this morning, it is so frikkin’ cold out there!!