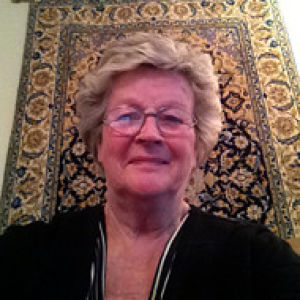 There was a row of three cottages fronting this stream and inhabited well into the 1920's.  They flooded nearly every year and the cottagers were well practised at moving everything upstairs at the first sign of trouble. All that remains are the retaining walls and signs of where the doorways were.
Les, who featured in my blip of 27th Jan, lived in the middle one until he was eight. He wrote, "The living conditions were not good.  The water tap was outside and also the toilets which boasted a long bench seat with different sizes. (of holes, I guess!).  Cooking was done on an old black range with the oven on the side and with a hook up the chimney for a kettle and for smoking bacon.  We had a paraffin lamp and candle to go to bed.  In front of the house was a drinking place for cows and horses for when the cows went to market they were driven by a drover on the roads."
What a difference a century makes!
The red brick in the background is the Mill.