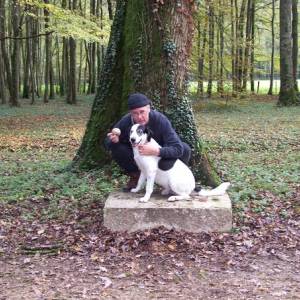 Situated two miles south of Olney is Weston Underwood, formerly a hamlet belonging to Olney and in the county of Buckinghamshire.
Weston Underwood is connected with William Cowper, poet, translator of Homer and one of England's great letter writers. Cowper moved from Olney to Weston Underwood in November 1786 as a resident guest of the Throckmorton family, and stayed with them until a few years before his death. The house is now known as Cowper's Lodge and is situated in the High Street.

As you enter the village through the stone pillars, known locally as the Knobs, they bear a strong and silent reminder of the family and their existence. They also give us an indication of just how grand and prestigious the estate once was, even the Knobs at one time had their own gates , which were manned and locked at night.
The pub was closed, pity really!!