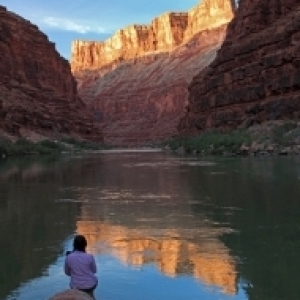 Not generally fond of fireworks, I had to put my own spin on it. And considering that the fourth is pretty much my least favorite holiday, I actually had a lot of fun today. Met up with some acquaintance friends on the bus into town and asked them if I could tag along for the evening. Good thing, because I had a great time with them. Except for that part, where my heart broke a little more, because we were right next door to that guy's old house I used to hang out at last winter. I just want to hear... something from him.


I could ruin the ending for you, since I've finally gotten around to posting this months later... but no.