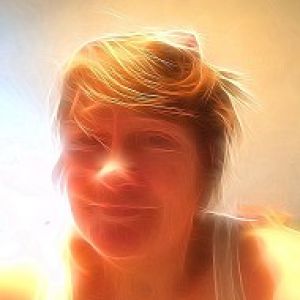 As the weather turned out good later on I decided to go to Mill Hill near Shoreham, to look for Skippers and Green hairstreaks.
I arrived around midday, and despite it being very windy and chilly on the top road it was wonderfully warm along the lower slopes.
There were plenty of butterflies about, sadly no Grizzled skippers, but there were Dingy skippers, Brimstones, Brown Argus, large whites, a Painted lady and several First generation Adonis blues having regular fights with each other and the skippers! There were wonderful beetles and spiders and beautiful wild flowers all to be enjoyed and while I was alone in the peace I was treated to the constant call of the cuckoo.
Today's Blip is Fairy flax Linum catharticum , which according to the net is 'a delicte annual of mostly dry grasslands, especially those on chalky soils' It is really tiny, and delicate looking on wiry stems, and fairly common here in the south. As you can see this is a 2 for 1 blip as you also get a minute parasitic wasp (measuring just over 1mm) as well.
For my extra shots today I have added the Adonis blue and a beautiful gravid spider and lackey moth larva also found at Mill Hill,
Enjoy