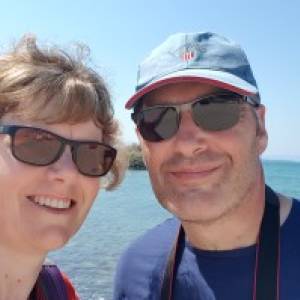 Looking for the beauty

Day 2 Llandudno and The Great Orme

Today we visited the town of Llandudno and took the tram up The Great Orme. The views from the top were stunning and we were very lucky with the weather which was warm but very windy. This view shows Bishop's Quarry, where the children found loads of fossils, The Hill of Names and in the distance is Anglesey. The guide told us loads of interesting facts about the wildlife, including the goats, whose population is controlled by contraceptive injections, and The Hill of Names was apparently started by soldiers/RAF who were stationed there during World War Two.
The rest of the day also included a walk around the town, Happy Valley and the pier. By the time we caught the coach back to the Youth Hostel we were shattered! Another late night followed but I slept much better the second night.