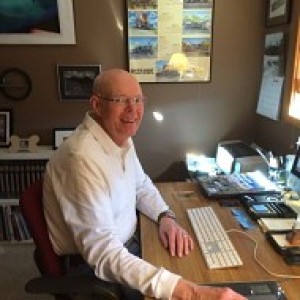 Did run a loco around the installed track.  Everything seemed fine but I did find a couple of problems.  That is what I do it I suppose.  At one of the turnouts, I misconnected a track.  Seems that I missed getting the insulated rail joiner into the switch track track - it went underneath it instead.  This raised the switch track ever so slightly and produced a bump.  First run over with the loco and derailment.  would not have seen it otherwise. So I will have to remove the track and have another go. Better now than when it is painted and ballasted.

Also had a blip on the reversing circuits.  Investigation underway.

Finally decided that I will run a second DCC bus for the turnouts.  I have 60 powered turnouts, all controlled by the DCC system.  They are older Switchmaster motors from the past layout that I reused, and they draw more current than the newer ones.  At $16 apiece replacement is not gonna happen.   I think I will approach the maximum draw on one bus with these motors so will power the turnouts from a second dedicated bus.  Ordered a second booster from Tony's Train Exchange, and also one of their RRampmeters.  This second piece of equipment is necessary to accurately read the voltage on DCC track. Important as too much voltage will cause heat in my sound decoders and they could burn out.  Not a good thing - and expensive.  Another great tool.

By the way, the loco is a Kato painted in the colors of the DRGW that UP bought in the 90's. It;s number is 1989, the year of the merger.