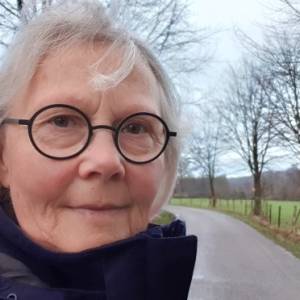 The one million line

The costs to build this 12,5 kilometres long track has been one million guilders per kilometer. The track has been built in 1934 to transport coal from the mine in Kerkrade. To make the track level dikes were constructed. It was a large investment, larger than the expected income eventually. The mines closed down in 1969.

In 1995 the traject reopened and in the following years expended. Nowadays you can travel 29 kilometres from Kerkrade to Schin op Geul with it.

As ever I was to late to catch the locomotive on a blip, but we were contented with coffee and a flan on the little terrace and next to the platform.