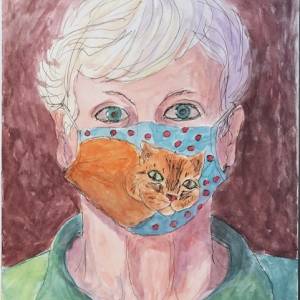 
Last night's snow was melted enough to drive to WCC and drop Arvin at Goodwill on the way. I spent time with the class reviewing for Thursday's test. I glazed the cylinder and small bowls. I took Sis's party photos to her and she liked them. I also dropped off cards at the bookstore. Even though it had begun to snow, I took some winter photos of the campus. Spent the evening working on photos before the Whatcom Chorale rehearsal. We worked hard! When I got home Arvin and I watched Davinci's Inquest.